WANG QIONG 王琼
The Last Nail is a Chinese feature length documentary that investigates the friction in political powers, ethics, traditional norms, and how it influences the freedom of death. It reveals a massive Funeral Reformation that happened in 2018 in Jiangxi Province and the consequent impact on the millennia-long local tradition of burying bodies in the ground. Told in three chapters, the film documents the elderly locals’ loss of their coffins which brings anxiety and the fears of the forced cremation after their deaths. It also tells a story of a coffin maker who loses his livelihood as the government prohibited coffins. 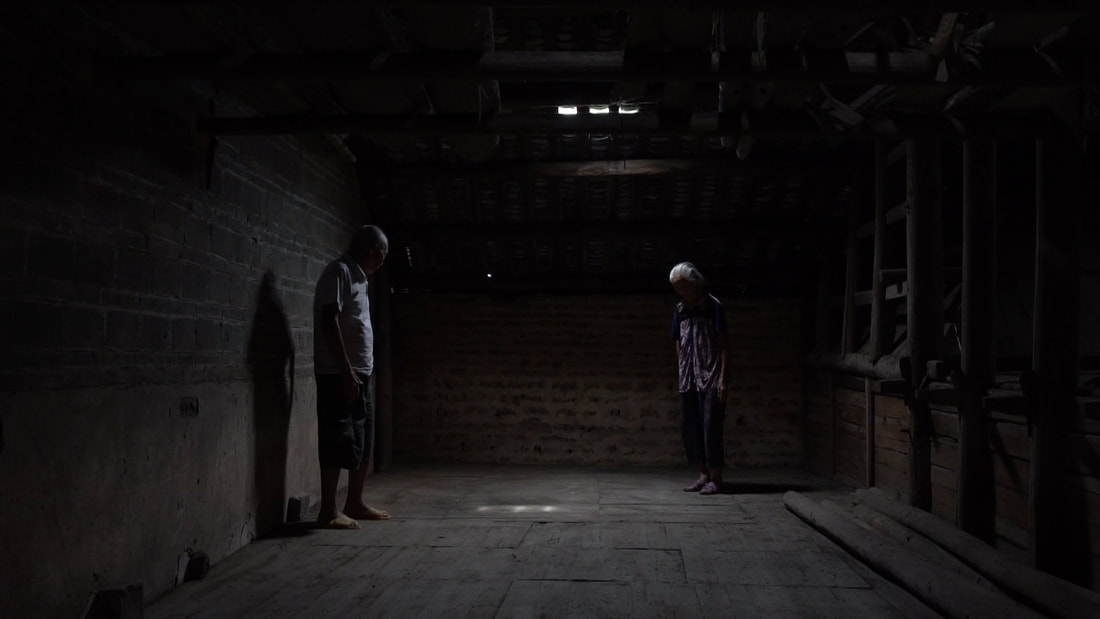 The Last Nail is a Chinese feature length documentary and a meditation on death that is told in three chapters: Gone Coffin, Tathagata and Yin-Yang.

Gone Coffin tells a story about villagers in Jiangxi Province whose coffins are forcefully taken away as a result of a new government policy. According to the new policy, cremation is required instead of burial. The government plans to increase revenue with the development of the local funeral industry into the largest one in the nation. As every single family’s coffins are confiscated and destroyed, the region starts to panic. For thousands of years, Chinese families buried bodies in coffins in the ground. They believe that the body is a medium for the spirit to enter into Heaven and meet their ancestors.

Tathagata observes the life change of a local coffin maker. For his entire life, he supported his family with his small business. Now, he has suddenly lost his job. The government has taken away his livelihood.

​Yin-Yang witnesses a family as they organize a funeral without a coffin for their lost one. They are forced to cremate the body. The family embarks on a journey to visit a spiritual medium who can help them to talk to the dead. 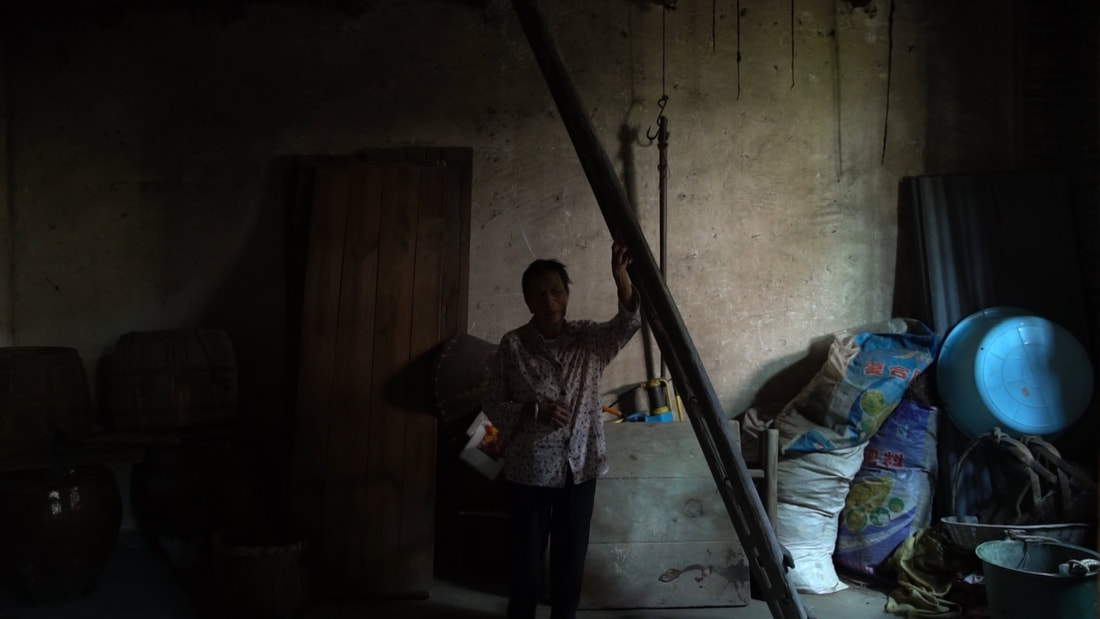 Still 2
Director's Statement
​
In the summer of 2018, the news of the Funeral Reformation was spreading everywhere in my hometown. Everyone was angry and worried.

The grandfather of a friend of mine had recently died by his own hand.  Because of the impending changes due to the Funeral Reformation, he had wanted to be sure he would be buried in a coffin.

His widow shared this terrible story, leaving me shocked and heartbroken. I didn’t know what I could do for my people in the face of the local government.

However, being a filmmaker, I did have a powerful tool. This interview inspired me to visit more elderly people and collect their stories. This began as a humble way to comfort them but soon I realized I could make a film for these victims, to speak for them, to remember them.

The Last Nail will share a story about life and how political power can reach beyond the grave. 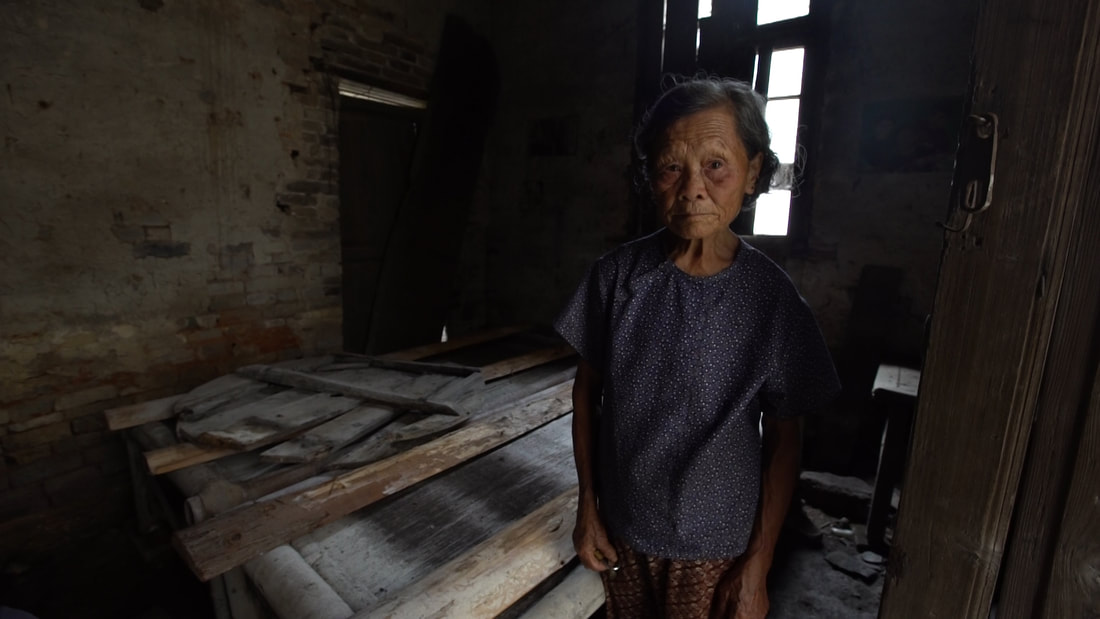 Chinese Americans (18+) can easily relate to this film because it’s a Chinese film that speaks their language and tells stories of people from their motherland. The research shows that in the US, 24% of the population of Asian Americans were of Chinese origin with the number of 4.9 million, as of 2015. Cities with most Chinese population are New York (798,000), Los Angeles (604,000) and San Francisco (519,000). With that being said, I will first focus on screening opportunities including festivals, theaters, other screening venues and online streaming platforms in New York, Los Angeles and San Francisco. After those locations, I plan to expand the territory to other cities.

Religious Communities(20+) will be the second priority for the audience because birth and death are major themes in their religious study and practices. This group can include any religion around the world, in particular Christianity and Buddhism. The data shows that in the United States, Christians represent 65% of the total adult population and 3 to 4 million Buddhists (the vast majority are Asian Americans and 800,000 are American citizens).

The Elderly 60+ Although this is a Chinese film, it still associates with the elderly worldwide as it addresses death and funeral which most of the aged people would care about. I will reach out to AARP which is the largest organization for older Americans, and which possesses 134.9K followers on social medias.

Human Rights Communities (All Ages) Since The Last Nail touches upon the freedom of speech and the freedom of death which are essential contents of human right, this film will also get attention from this group.